Freelancers come in all shapes and sizes. No one individual has the capability to perform all of the specialised tasks that a freelance team may be called upon to do. If you want to successfully walk the razor’s edge you’re going to need some allies, and your best bet is a group of highly trained specialists who operate with a diverse range of skill sets. This section lets you explore the possibilities of the types of character that you can play in the game of Dystopia 23. Whether you want to hack into perilous Nexus nodes, break into high security facilities or just crack some heads, your bases are covered. In Dystopia 23 there is something for everyone.

These are military operatives who undertake wet work and extract information from sensitive sources. A Black Ops specialist is highly trained in both combat and the subterfuge arts. They are efficient at working in the shadows, infiltration of enemy facilities and the exfiltration of captives.

Corporate sabotage is a staple for the megacorporations of the 23rd century. Corporate infiltrators are employed to gain access into rival corporations to steal information or sabotage resources. They are masters of disguise and subterfuge capable of running multiple identities and talking their way past CorSec forces. They have nerves of steel.

The streets can make or break you. The ghost has learned to ply her trade through stealth and wits. They are exponents of subterfuge, highly skilled in stealth and infiltration. They can pass unseen where others would never dare. 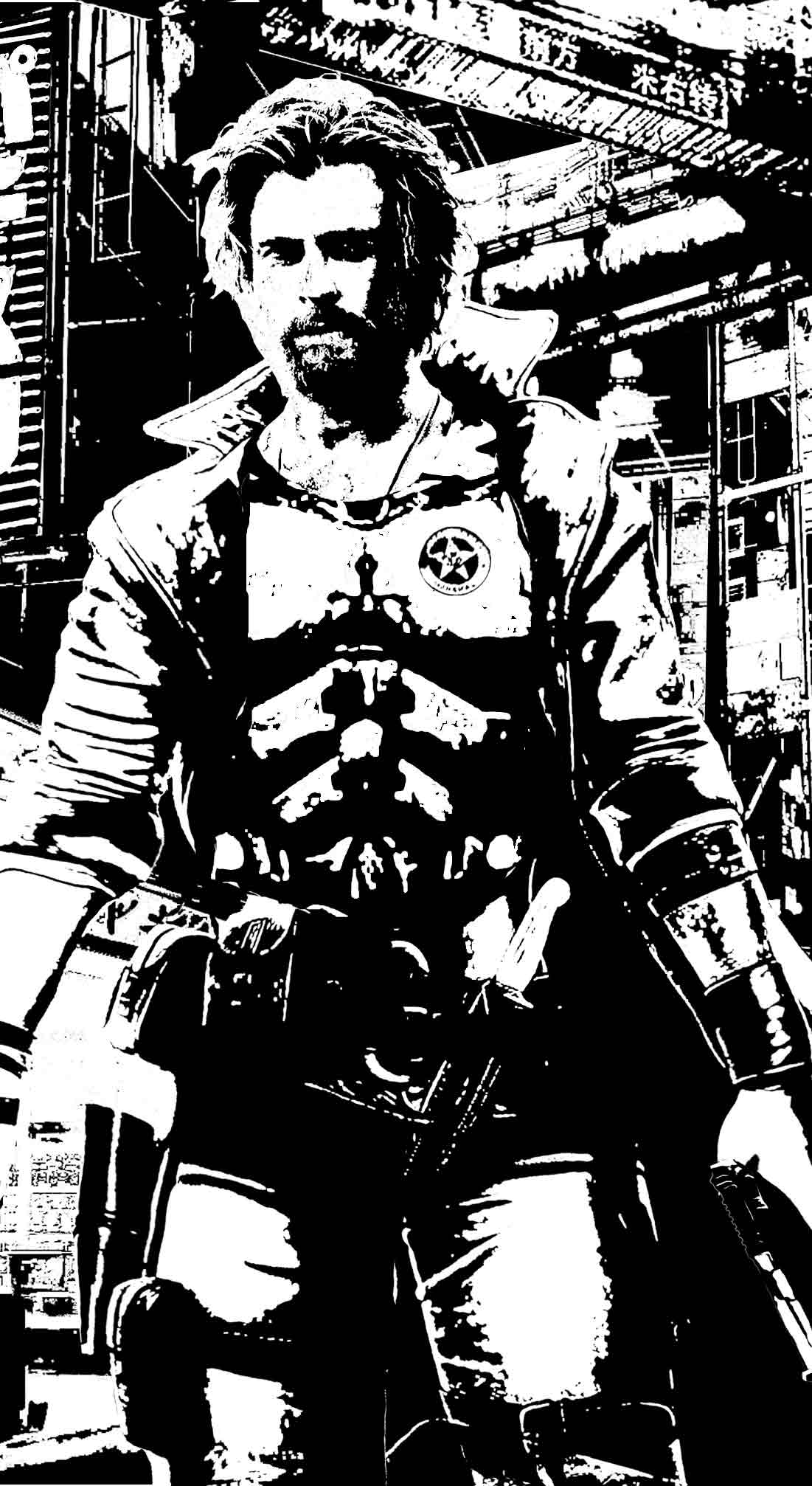 In volatile times corporations need protection from the elements who would seek to undermine their business activities. Corporate security agents are trained to use intel and boots on the ground to protect the interests of their employers.

These individuals have honed their skills at drawing and using small arms. They are crack shots who operate as enforcers for mercenary teams. They are skilled at using cover, elevation position to improve their odds in a gunfight.

The rising lawlessness in society has created a greater need for highly skilled law enforcement officers. They are trained to deal with a wide range of policing situations and may be skilled in vehicles, weapons, investigation and forensics.

Sometimes the streets require the services of a cold-blooded killer. Assassins are trained in taking out their targets from close or long range. They are also skilled in a variety of other areas which enable them to ply their craft.

A bruiser is a blunt instrument. He is the muscle of the outfit. A dwelling may not be physically imposing he is capable of getting the job done when it comes to physical violence. They are also frequently skilled at intimidation and interrogation.

The streets of the 23rd century are largely controlled by gangs. Gangbangers are baptised into the world of crime drugs and violence. They are street criminals with strong connections to the underground.

A talented Razorboy or girl is a force to be reckoned with. Preferring close range tussles, the Razorboy is a master of melee combat. He may be a polished martial arts expert or a rough and tumble brute. Some Razorboys specialize in unarmed combat while others prefer to use traditional battlefield weapons such as swords, maces and hammers. Many have biological or cybernetic enhancements to increase their speed and power.

A Corporate Nexus Security (CNS) operator is a tech head who works for a MegaCorp. They frequently have a broad range of skills in electronics, cybernetics and computers. They are often employed to operate in virtual reality, protecting the sensitive data on corporate mainframes. They can engage in Nexus combat or rig drones which cover information and provide security inside CorpZones.

Government Nexus systems are highly sensitive, carrying the most vital information for national security and the safety of citizens. For this reason governments typically hire the most intelligent and creative people that they can find to take care of Nexus security. These are highly trained individuals whose focus is upon mastering security and telecommunications systems in order to better defend them against the belligerent attacks of hackers.

When you need to get hold of sensitive data you employ the services of a skilled hacker. They are technology specialists with creativity and guile who are capable of getting into the most sophisticated Virtual Nexus Nodes. They are both technologically sharp and street savvy.

In the 23rd century megacorporations have the right to maintain their own military forces. A corporate soldier is employed to undertake combat activities on behalf of their sponsor company. They can expect to see action in many different combat environments.

Mercenary schools provide an education for today’s modern soldier. Graduates of mercenary schools may be hired as special operatives by military forces, used as mercenaries for megacorporations, or set up shop as private freelancers, taking all of the risk and all of the benefit from their enterprises. They are trained in all kinds of military and combat disciplines.

Working as a government soldier is often a thankless and dangerous occupation. Soldiers are sent to fight wars and undertake operations all around the world. They may be trained in a large array of skills from small arms and munitions through to artillery, survival and combat vehicles.

A con artist is a streetwise grifter who can talk her way out of any situation. Her natural cunning and social intelligence enable her to manipulate people whether through bribery, charm or intimidation. They are frequently skilled linguists capable of operating on the Street, in high society or amidst corporate circles.

One of the greatest assets that a corporation can have is a skilled negotiator. Many people have walked out of a meeting with a talented corporate negotiator wondering exactly how they ever agreed to the deal that was struck. Corporate negotiators are masters of verbal and written manipulation, being able to utilise propaganda in order to build-up or destroy someone’s reputation. They are trained in psychology and cold reading so that they can identify every vulnerability in the people that they are dealing with.

Governments need to communicate with people from all walks of life. This is the realm of the government facilitator, an expert in interpersonal communications. They can function as mediators, politicians and salespeople. They are masters of information management capable of controlling the flow of information throughout multiple organisations.

Memgineering is the science of manipulating memories. The people who undertake these precise and dangerous operations are known as shapers. They are involved in the, often illegal, business of extracting and imprinting memories. Shapers may work as contractors for corporations, governments or private employers. The practices of memory imprinting, bleeding and identity re-modelling are extremely complex and it is highly unusual to find a shaper who does not have, at the least, a bachelor’s degree in psychology, cognition, identity or neuroscience. Most shapers have a medical degree with specialisation in Neurological medicine, and some fairly serious computer modelling skills.

Technicians are technology specialists who can function in a wide range of areas from electronics and machines through to complex drafting, engineering and genetic manipulation. They are the people who become cybernetic researchers and the flesh mechanics of the street.

Pilots are employed by the military and megacorporations to perform a variety of jobs. Some of them are merely a taxi service for VIPs, but others may fly military sorties or function as test pilots. Pilots can hone skills in fixed wing and rotary aircraft as well as spacecraft.

Rigmen are the transportation specialists of the streets. They may function as wheel men for heists or Freezone couriers delivering dangerous merchandise to dangerous people. Some of them are smugglers who use their extensive vehicle skills and street smarts to cross international borders. They may drive anything from high-performance vehicles through to motorcycles or jetpacks and are frequently also skilled in maintenance and use of drones. This is a versatile vehicle expert who can have a great mix of combat, interpersonal and transportation skills.

The Corporate Agent is a company man with a wide skill set. He is trained in both social and subterfuge skills. Corporate agents will frequently run a number of human assets inside rival corporations. They use whatever means necessary to acquire information about competing corporations and also plant false information in order to gain the upper hand for their sponsor company.

These are the spies and intel operatives of the 23rd century. They are skilled at manipulating others to glean information and gain the upper hand over rival intelligence agencies. They have a combination of clandestine and interpersonal skills which enable them to participate in many subtle forms of information gathering. There will frequently use multiple personas and layers of deception to attain their goals.